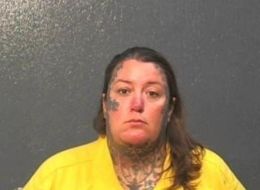 Apparently, there’s growing concern that the Islamist State of Iraq and Syria could attack the United States from within — cops just don’t believe that terrorists will start by hiding in cars on Mississippi school property.

That allegedly didn’t stop Lisa Carol Roche from using ISIS as an alibi. The Hurley woman is accused of burglarizing cars in the parking lot of her children’s school, then telling officers that she was “looking for ISIS terrorists,” according to Gulf Live.

She’s been charged previously with careless driving, felony fraud and felony embezzlement. She faces up to five years in prison and a $10,000 fine if convicted of commercial burglary.

Gawker points out that it’s unclear whether she’ll be questioned about her terrorist intel in court.