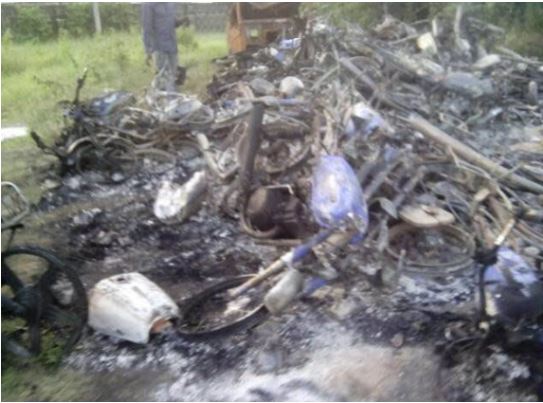 The Delta state government on Sunday Oct. 5th allegedly burnt over 200 motorcycles it confiscated from those who flouted the state’s newly introduced ban on motorcycle riding in some parts of the state. Two weeks ago, the State government banned Okada in some parts of the state, including Ika South, Ika North and Sapele.The ban was however flouted by some motorcycle riders who got their machines seized by officials of the state. The seized motorcycles have now allegedly been burnt at the Mosogar end of the Gammon Bridge in Sapele. 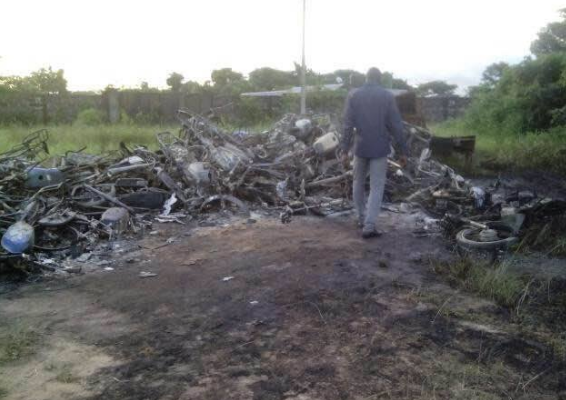 According to Sahara Reporters who spoke with the state’s Commissioner for Transport, Ben Igbakpa, he denied knowledge of the State burning the motorcycles.

“I am not aware of the burning of any Okada, the fact remains that any confiscated Okada is not going back to the owner. How such Okadas are being disposed is not the issue, what matters is that, all Okadas in these areas must be off the road” he said