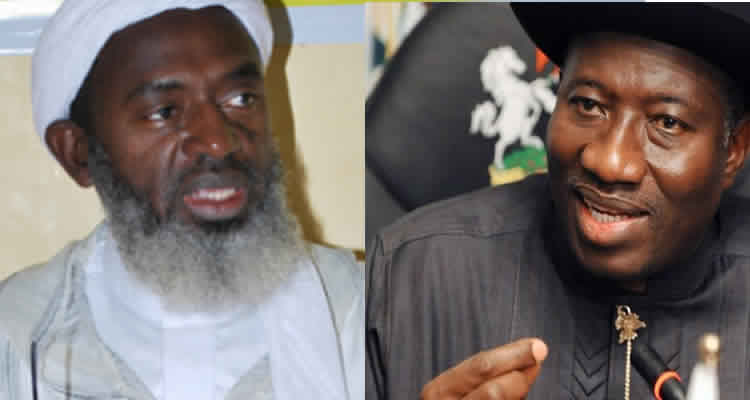 The Ijaw Youth Council Worldwide has asked a Kaduna-based Islamic cleric, Sheik Ahmed Gumi, to stop pitting adherents of the two major religions in the country against each other.

The council was reacting to an open letter written by Sheik Gumi to President Goodluck Jonathan urging him not to contest the 2015 general elections.

The cleric, who wrote a similar letter to former Head of State and presidential aspirant of the All Progressives Congress, APC, General Muhammadu Buhari (retd), had explained that Jonathan’s victory in 2015 would set the country on another round of turmoil.

He wrote: “My fellow country man, it’s unfortunate that your stand on many issues have made you into a polarizing figure while the exalted office you occupy needs a nationalistic one. Surely with the Christian votes and northern PDP followers you can win another election but you will also set the nation into another turmoil because that segment of the nation that rejects you do so because they believe rightly or wrongly you are involved negatively in the Boko Haram Saga. The natural thing any good leader will do in this situation is to step down for a person all the segments of the nation will have confidence with for their well-being. A credible person that will not stir apprehension. The decision is not about your rights but about responsibility”.

However, in a statement on Sunday by the IYC’s spokesperson, Mr. Eric Omare, the youths said the allegations by Sheik Gumi against President Jonathan were baseless and unfounded.

The group said, “The IYC condemns the letter in its entirety. It is disappointing for such a letter to be written by a religious leader who ought to be an agent of stabilization in the country rather than acting as an agent of destabilization.

“Gumi’s letter is solely motivated by political reasons to satisfy his political interest and paymasters.

“It is a well-known fact that the Islamic religion is the most potent weapon used by northern politicians in mobilizing against Christians in the North which has resulted in the killing of thousands of innocent Nigerians”.

IYC said Gumi’s letter was deliberately written to prepare the ground for a massive attack on Christians in the Northern part of Nigeria, should President Jonathan be declared winner of the 2015 presidential election.

It also said the painful memories of the killing of thousands of innocent Northern Christians and southerners residing in the North in the aftermath of the 2011 presidential election was still very fresh in the mind of Nigerians.

IYC added, “Therefore, the group calls on the relevant security agencies to proactively investigate Sheik Gumi’s inciting letter and bring him to justice.

“It is totally unacceptable for some persons to hide under the umbrella of religion to promote their political interest and in the process waste the lives of innocent Nigerians”.