Orezi Set To Drop His ‘Masterpiece’ Debut Album In November 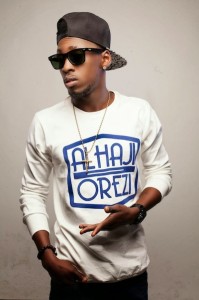 As the end of the year draws nearer, we keep witnessing more celebrities dropping their albums, Pop singer Orezi doesn’t want to be left out.

Esegine Allen aka Orezi is set to release his first album ‘MasterPiece’ in November.

In an interview,  the ‘Rihanna’ singer, who recently came back from Egypt after a successful music show, said ‘My album ‘Master Piece’ is dropping in November, I have been working on it a while and is not something a regular artiste can put out. I’m not bragging.’

Orezi is yet to confirm the album’s release date, but promised to deliver great music to his fans.

Sandra Iheuwa, the baby mama of popular Nigerian music executive, Ubi Franklin, has revealed that she will be available for any man willing to...
Read more

A lady claiming to be a fan of former Big Brother Naija housemate, Tacha has lashed out at the reality star over the products...
Read more
- Advertisement -