Latest reports indicate that the Founder of Christ Embassy, Pastor Chris Oyakhilome, has removed his estranged wife’s pictures and name, Anita, from the church’s monthly devotional publication, Rhapsody of Realities.

Sahara Reporters reports that this new development is coming after Anita’s pictures and personal information had been removed from the church’s website few months ago.

The removal of Anita’s profile from Rhapsody was noticed on the October edition of the monthly devotional book, which she co-authored with Pastor Chris.

It was gathered that since Anita reportedly filed for dissolution of her marriage with Pastor Chris on the grounds of “unreasonable behaviour” and “adultery” on 9 April, 2014, she has been sidelined from her key role . 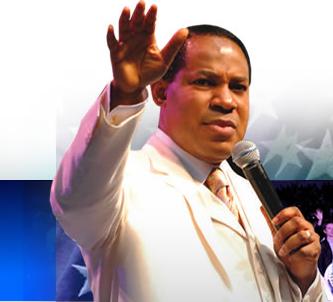 The role has been taken over  by a prominent female member of the church, Yemisi Kudehinbu, who recently became the Chief Executive Officer of the Believers Love World Incorporated, an umbrella body in charge of Rhapsody, reports stated.

Prior to the marital disagreement between the Oyakhilomes, Pastor Chris has been the president of Believers’ Love World Inc, the registered name of the Christian ministry, while Anita was the vice-president.

According to reports, Anita’s pictures, which used to adorn the front and back pages of Rhapsody with her husband, were edited from the latest publication. The current edition has only the name of Pastor Chris, while the back page was filled with only testimonies.

The latest development has worsened the divorce mess between the religious leaders who both have two daughters.

It would be recalled that two days after it was reported that Anita had filed for divorce in London, Christ Embassy deleted her pictures and personal information from its official website, www.christembassy.org.

Many had described the action as the beginning of a move to shut Anita out of the church, after she filed for divorce.