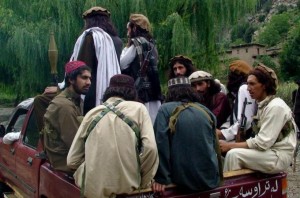 This would result in a very bad combo, especially for the innocent people in the Middle Esat.

The Pakistan Taliban has declared allegiance to Islamic State in Iraq and the Levant (ISIL) and ordered fighters across the region to help the group in its campaign to set up a global Islamic caliphate.

In a message on Saturday marking the Muslim festival of Eid al-Adha, the Pakistan Taliban said it fully supported ISIL’s goals to set up a “caliphate” in the Middle East.

“Oh our brothers, we are proud of you in your victories. We are with you in your happiness and your sorrow,” said the statement by Shahidullah Shahid, a Taliban spokesman, on Saturday.

“In these troubled days, we call for your patience and stability, especially now that all your enemies are united against you. Please put all your rivalries behind you.

“All Muslims in the world have great expectations of you… we are with you, we will provide you with fighters and with every possible support.”

The statement was released in Urdu, Pashto and Arabic and came on a day when two attacks hit Pakistan.

At least four people died and dozens were wounded in an attack on a predominantly Shia neighbourhood of the volatile Pakistani city of Quetta, police said.

At least six people were killed  and 17 others wounded when a bomb exploded at a bus stop in the northwestern Khyber Pakhtunkhwa province.