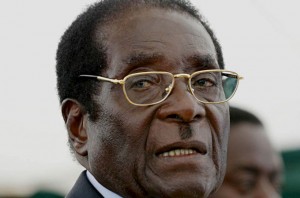 Patients have been waiting in long queues while others were being turned away at state hospitals in Zimbabwe, as hundreds of doctors staged a strike to press for higher pay.

About 300 junior doctors went on strike at the lapse of a two-week ultimatum for the government to address their demands for a pay rise of nearly 400 percent.

“The nationwide strike has attracted an overwhelming response from all government hospitals over 300 doctors withdrawing their services until the employer meets their demands,” Farai Makoni, president of the Zimbabwe Hospital Doctors Association, told the AFP news agency.

“What the doctors are asking for is not anything out of this world.”

Makoni said the junior doctors wanted their monthly salaries increased from $283 to $1,200, their housing and transport allowances raised and were also seeking a risk allowance.

“These grievances have been there for some time and the strike shall be protracted if the employer continues to pay a blind eye to the plight of doctors.”

A few senior doctors were working at major government hospitals in the capital, with patients having a long wait in the outpatients’ departments.

At Harare Hospital, one of the country’s largest health institutions, which caters mainly for the urban poor, doctors were attending to emergencies only while turning away non-critical patients.

The health ministry said in a statement it was concerned that the doctors went on strike “without exhausting the existing mechanisms for dialogue”.

“The government remains committed to improving the working conditions of all its workers within the provisions of the available fiscal space,” it said.