Pic: Nigerian man jumps to his death trying to escape from police in Malaysia 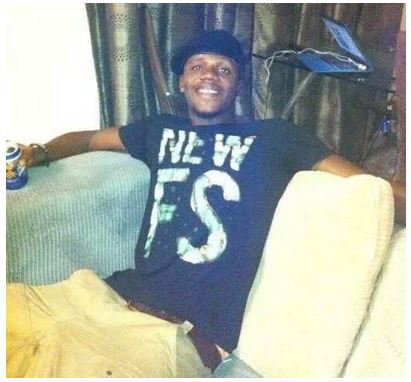 The Nigerian man pictured above named Osazuwa allegedly jumped to his death from a 15-storey building on Monday October 13th as police stormed a place he was staying with friends in Malaysia.According to local media report, a Nigerian student had lodged a police report in Puchong on SundayOctober 12th claiming his girlfriend had been kidnapped by Osazuwa and his gang.

“The boyfriend said he received a call from a suspect who demanded RM40,000 for the release of his girlfriend, also a Nigerian student here. We suspected the kidnappers were people that the victim must have known. Police immediately tracked the victim and her kidnappers’ whereabouts.” criminal investigator Datuk Mohd Adnan Abdullah said.

Malaysia police said the victim’s boyfriend cooperated with the police in their investigations and he managed to coax the suspects into giving him more time and told them he was gathering the funds.The police managed to find the victim’s location on Monday. She was being held in a condominium unit in Taman Melati, Ampang.

“We formed a team to raid the condominium unit and moved in on the suspects at about5pm.”

Mohd Adnan said when police ambushed the unit located at the condominium’s 13th floor, there were three Nigerian men and two local women.The victim was being held in one of the rooms.

“Upon seeing the police, the suspects attempted to escape. The raiding team arrested two women and two men,” he said.

The other suspect tried to climb down from the balcony to a unit below.However, he could not grab hold of anything and fell to his death.

“The suspect who died was in his 20s and we are still trying to establish his identity,” Mohd Adnan said.

The victim was unharmed while in the custody of the suspects. He said investigation are underway to determine how many other kidnapping cases they were involved in.

“The gang thought they could get money quickly by carrying out this crime, but look what had happened — it has just gone awfully wrong,” he said.