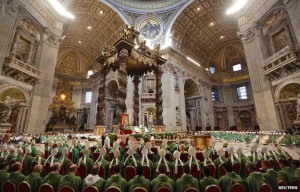 They will be joined by lay Catholics to debate abortion, contraception, homosexuality and divorce.

The extraordinary synod lasts two weeks and a follow-up meeting will be held next year.

Pope Francis said on Saturday that he wanted bishops to really listen to the Catholic community.

He said he hoped they would have a “sincere, open and fraternal” discussion that would respond to the “epochal changes” that families were living through.

Last year, a global survey launched by Pope Francis suggested that the majority of Catholics reject Church teaching on issues such as sex and contraception. 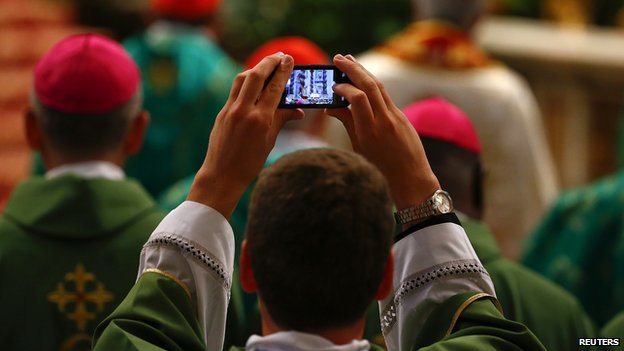 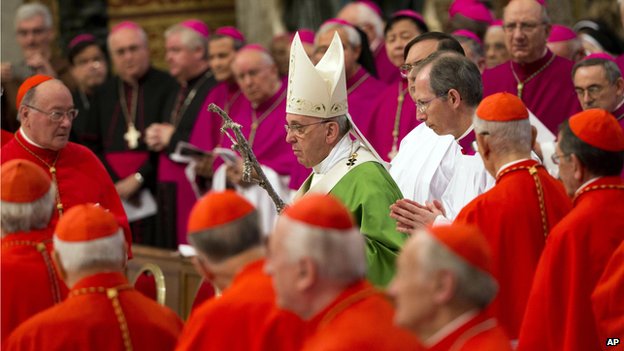 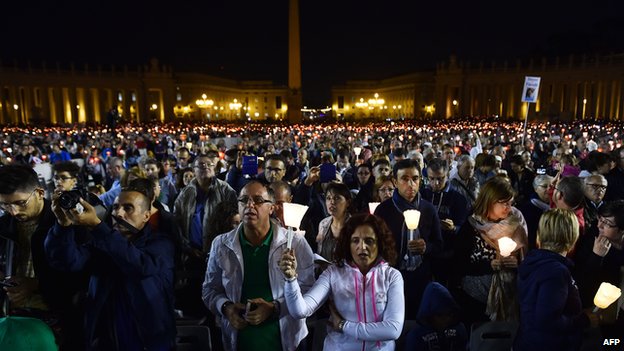 On Saturday, Pope Francis led crowds in the Vatican’s St Peter’s Square in a vigil to prepare for the Synod

As one of the world’s oldest religious institutions, the Catholic Church is in no hurry to change its teachings, says the BBC’s religious affairs correspondent Caroline Wyatt in Rome.

No-one should expect rapid results from this Synod, but many Catholics are hoping that it will bring some change, our correspondent adds.

After these two weeks of debate, the Synod will gather again in a year’s time to continue its review.

The Catholic Church has more than one billion members around the world.