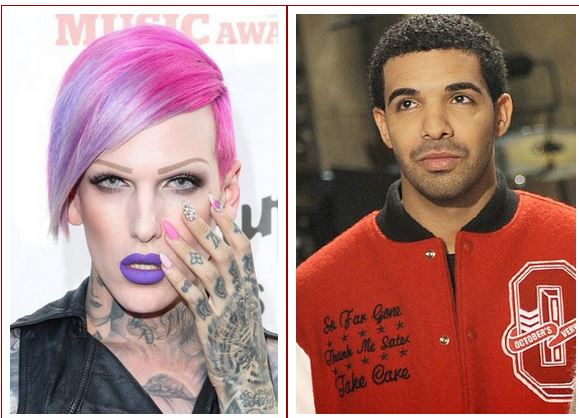 Tranny make-up artist and fashion designer, Jeffree Star, who’s quite popular on Youtube, claimed on Twitter yesterday that a lot of rappers hit him on social media trying to sleep with him. When fans asked him to mention a name he wrote “6 God, my lips are sealed.” The Tweet has since been deleted

Thing is; 6 God is the name of Drake’s latest single. But file this under false…every black successful man can’t be gay na! Some people just like to ride on other people’s names. I.e, Tyrese and Hayes.