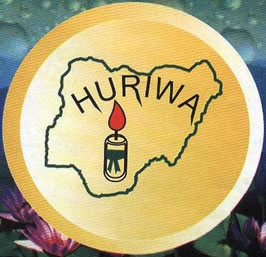 The Human Rights Writers Association of Nigeria said on Monday that the reccomendation for the removal of immunity clause for all the cadres of elected officers in the 1999 Constitution would institutionalise transparency.

The National Coordinator of the NGO, Mr Emmanuel Onwubiko, said this in an interview with the News Agency of Nigeria in Abuja.

“It is a positive development if the process of amending the constitution will result in this sweeping change because that is one basic way to institutionalise openness.

“It will also remove lawlessness on the part of the executives”, Onwubiko said.

Onwubiko said over the years, it had been erroneously believed that Section 308 (1) dealing with the immunity clause, amounted to a licence to commit illegalities.

He, however, said the removal of the clause would be meaningless if the public officers could manipulate the legislature.

Onwubiko said the amendment of the 1999 should also reflect true autonomy for both states and local governments.

He said it had become imperative for the immunity clause to be deleted from the constitution to allow for criminal cases to be filed against any public officer who abused his office.

He said, “The holders of these executive offices who hitherto see themselves as being above the law of the land will be forced to sit up and comply with the rule of law.

“It will help in making sure that the principle of accountability and transparency in governance are maintained.

“They will be well aware that should they commit any criminal offence any member of the civil society can file a case against them in a court of competent jurisdiction”.

Onwubiko, however, said there should be provisions that would make it difficult for opposition parties to take advantage of the amendment to frustrate the government of the day.

“There should be some legal safeguards and guidelines to avoid the pitfalls of opposition politicians latching in on the removal of the law to frustrate the smooth running of government”, he said.