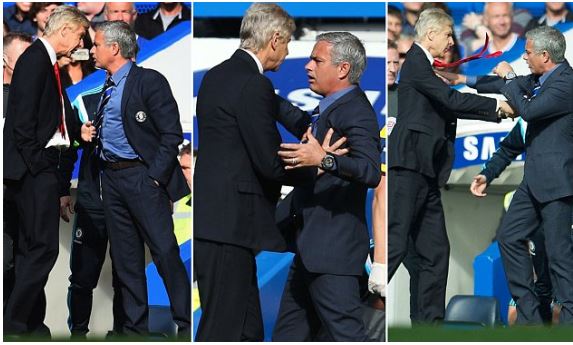 So Chelsea and Arsenal battled it out on sunday…and of course Chelsea won 2-0. But 20 minutes into the match, Arsenal coach Arsene Wenger walked over to Chelsea coach Jose Mourinho and pushed him after they disagreed over a tackle by a Chelsea player on an Arsenal player. While protesting to an official over the tackle, Wenger walked too close to Mourinho’s side and Mourinho also started protesting to an official. An angry Wenger walked up to Mourinho and pushed him in the chest and of course Mourinho pushed him back. Other officials broke them up.The two coaches didn’t shake hands after the match! Arsene Wenger has never beaten a Mourinho side so there’s always tension between these two. See the dramatic photos below. 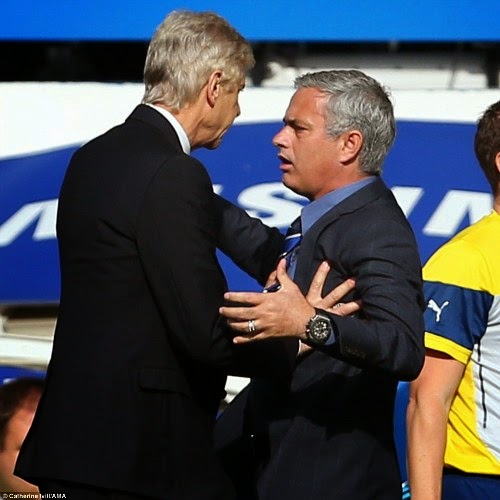 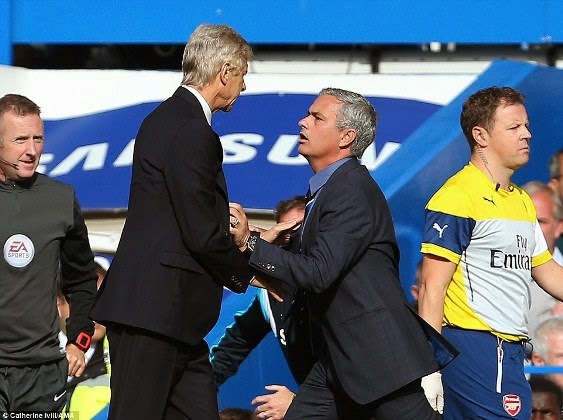 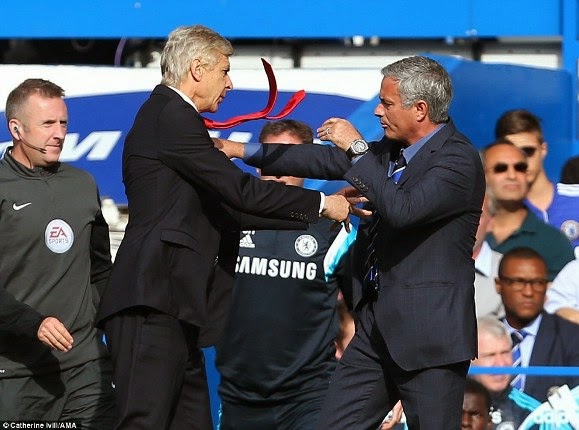 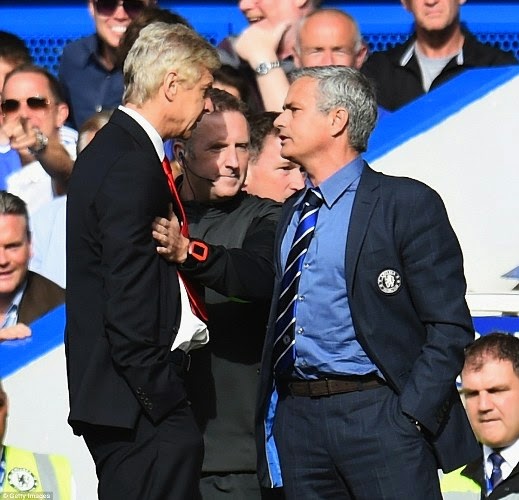 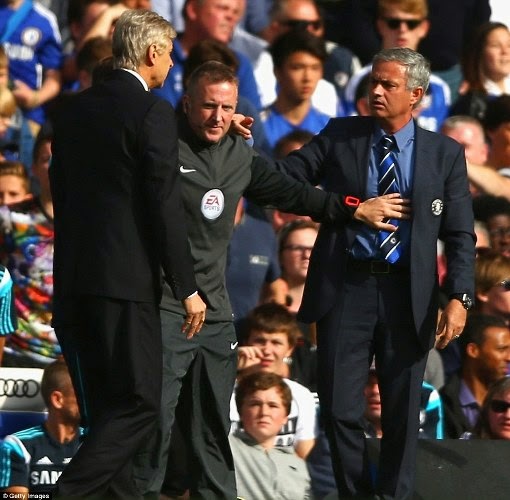 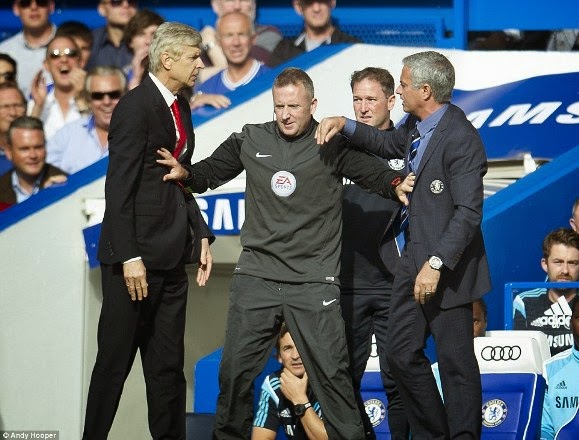 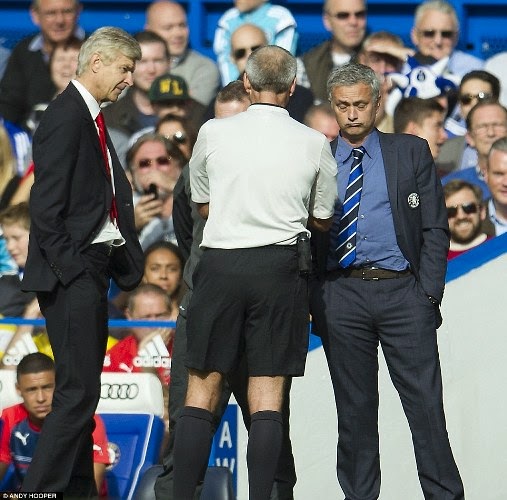