A renowned Lagos based legal practitioner, Mr. Femi Falana (SAN), has advised the Federal Government on what to do about the seized $15 million arms purchase money. 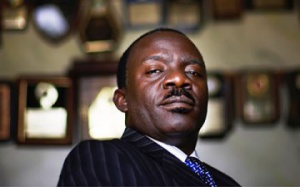 The legal practitioner told the federal government to sue the Isreali and two Nigerians arrested in South Africa in connection with the $15million arms deal with a view to recovering the money.

The advice was contained in a statement issued in Lagos on Friday by Mr. Falana, a copy obtained by the Nation.

He said there is considerable evidence to prove that the suspects, alleged to be contractors, breached the terms of the deal for the supply of the arms, and to that effect the Nigerian government is perfectly entitled to sue them with a view to recovering the entire contract sum of $15 million.

The lawyer reiterated that the Nigerian government cannot be held liable for the alleged criminal activities of the suspects, and blamed the office of the NSA for embarrassing the nation by creating the wrong impression that Nigeria had breached the law of another country. “As independent contractors, they were awarded contracts for the supply of arms by the Federal Government and paid accordingly. It is indubitably clear that the suspects were negligent for failing to conduct due diligence. Hence, they were dealing with companies that are not authorized to trade in arms in South Africa. By the way, when was the responsibility of purchasing weapons for the armed forces of Nigeria transferred from the Ministry of Defence to the office of the NSA,” Falana said.

“As a sovereign entity the Federal Government can place orders for the purchase of arms, either from another government or from independent arms dealers. But when the office of the NSA decided to award contracts to private corporate bodies for the supply of arms, it could not have clothed them with immunity or licence to breach local or foreign laws. Notwithstanding their inexplicable negligence, the suspects should be advised to contest the order of the High Court which authorised the seizure of the funds,” he said.

Falana, urged the Federal Government to caution Col. Sambo Dasuki (rtd.), the National Security Adviser (NSA), to stop dragging Nigeria’s name in the mud over the controversial $15million arms deal in South Africa. He said instead of exposing Nigeria to more ridicule, the Federal Government should stop accepting responsibility for the alleged criminal actions of the suspects indicted in the alleged laundering of the sum of $15 million.

The lawyer, who condemned the office of NSA also questioned the moral integrity of the Federal Government to threaten to deal with the South African government over the breach of law carried out by a private businessmen and corporate bodies involved in the suspicious transactions.

“By asking South Africa to reciprocate the gesture of allowing  MTN and DSTV to operate  in Nigeria, is the Federal Government saying that both South African companies are allowed to breach the law of the land?” he asked.

Falana also blamed the National Assembly for treating the matter of urgent national importance with levity and left several questions unanswered. He questioned how both chambers failed to examine the statement of the NPA which indicates that the official explanations for the suspicious transactions were filled with contradictions.

According to him, the Asset Forfeiture Unit in the office of the National Prosecuting Authority (NPA) in South Africa had in the past three weeks seized two tranches of funds totalling $15million being payment for the alleged purchase of arms by the Federal Government. He said after the first $9.3 million smuggled into South Africa by an Israeli and two Nigerians was seized last month, the suspicion surrounding the development revealed that the South African company involved in the deal is not a licensed arms dealer and that the jet used to ferry the money belongs to Pastor Ayo Oritsejafor, the President of the Christian Association of Nigeria, who is an ally of President Goodluck Jonathan.

It would be recalled that on October  the Federal Government threatened the South African government over the second confiscation of the sum of $5.7 million meant for arms purchase to fight the terrorists’ group, Boko Haram.

However, Pastor Ayo Oritsejafor has denied involvement in the controversial $9.3 million smuggled with his private jet into South Africa by two Nigerians and an Israeli.