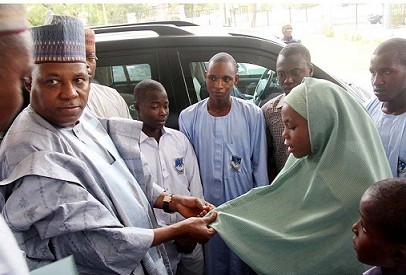 The plan by Borno State Government to re-open public schools in the state next month has been greeted with apprehension by Parents, teachers and other concerned stakeholders.

They warned that the continued violence in spite of a purported ceasefire agreement between the Federal Government and Boko Haram showed that it might still not be safe to re-open the public schools in the state.

The public schools were closed down on March 14, 2014 after Boko Haram insurgents attacked and killed teachers and pupils in Borno public schools as well as the massacre of scores of students in neighbouring Yobe State.

Speaking on the plans to re-open public schools, the Deputy Chairman, Northern Elders’ Forum, Dr. Paul Unongo, said it would be unimaginable to ask students to resume when many schoolgirls were still in the hands of the Boko Haram insurgents, adding that doing so could endanger the lives of other students.

He said, “The Chibok schoolgirls who were kidnapped six months ago have yet to be released; I have not read it in any newspaper. So I don’t know what the security situation is, but I expect that the Borno State Government should know what the situation is. If I were the governor, I would use the Federal Government’s disposition and make sure that first of all, the Chibok girls are released before the schools were reopened.

“I can understand why many people would want the children to go back to school, having spent many months without being engaged in academic activities.

“Nonetheless, their lives are more important. This depends on the ceasefire we have all heard about; if it is really holding, the state government should know and from there can decide whether to open the schools or not”.

The Chairman, Borno State Committee on the Resuscitation of Primary School Education, Dr. Mohammed Dongel, had last Sunday in Maiduguri, the state capital, announced that public schools would be reopened in the first or second week of November.