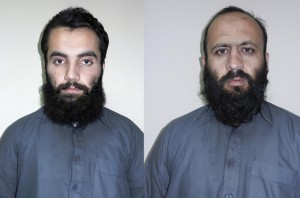 Afghan security forces say they have captured two senior leaders of al-Qaeda-linked Haqqani network. including a son of its founder.

“We hope that these two arrests will have direct consequences on the network and their centre of command,” said Haseeb Sediqi, a spokesman for Afghan security services.

Afghanistan’s national directorate of security said Anas was a computer and internet expert, and played an important role in strategy and raised funds on frequent trips to the Gulf.

The Haqqani network operates in the border areas of Afghanistan and Pakistan and has been blamed for kidnappings, murders and attacks on Afghan and NATO targets.

A car bomb attack that killed more than 40 people in the Urgun district of Paktika province in July was blamed on the Haqqani network.

It was founded by Jalaluddin Haqqani – an Afghan rebel leader bankrolled by the US to fight Soviet troops in Afghanistan in the 1980s. He is now in his 70s and is believed to live with family in Pakistan.

Unidentified gunmen attacked and killed Nasiruddin Haqqani, the group’s chief fundraiser and another son of its founder, on the edge of Islamabad last year.

Many key Haqqani members are thought to have fled to Afghanistan in June, when the Pakistani army launched a major operation against fighters in North Waziristan.