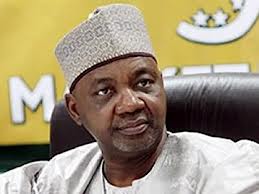 Vice President Namadi Sambo on Tuesday assured Nigerians that the Subsidy Reinvestment and Empowerment Programme (SURE-P) of the Federal Government “is living up to its mandate of impacting lives positively”.

Sambo who made the remark while declaring open, a two-day SURE-P Stakeholders’ conference in Lokoja, said the programme was designed to meet specific targets in the Transformation Agenda road- map of the present administration.

He described as apt, the theme of the conference which is “Three Years of SURE-P, Issues, Challenges and Prospects”, saying that the programme had kept faith with its mandate by impacting positively and directly on the lives of all Nigerians.

Represented by Kogi Deputy Governor, Chief Yomi Awoniyi, Sambo said that the conference would enable the stakeholders to review and take stock of the SURE-P from inception and strategise for better performance in the years ahead.

Agwai said that programme had impacted positively on the nation and touched lives in positive ways from road infrastructures to education, health, water, employment, technical and vocational training, communication and tourism, among many others.

Agwai said the two-day conference was aimed at taking stock  from 2012 when the programme started to 2014 and engaging stakeholders to explore better ways of collaboration for sustainable and effective infrastructure development.

Earlier, Gov. Idris Wada of Kogi, described SURE-P as an “appropriate, timely and an effective response by the Federal Government, judging by the visible and appreciable impact the programme has made”.

Wada, who was represented by the Secretary to Kogi State Government (SSG), Prof. Olugbemiro Jegede, noted that the SURE-P intervention funds had been a major pedestal for development in the state, especially at the local government level.

He said that the SURE-P funds were applied in the most transparent, accountable, equitable and evidential manner by the state.

Jegede said that aside from material evidence, the programme had trained and engaged 8,500 youths under the Youths Advancement Programme (YAD4KOGI).

The intervention funds, he noted, had also been used to upgrade schools, hospitals and support food production programme.

Other areas the funds were applied were intercity transport system, construction of roads as well as provide water, electricity, public toilets and waste disposal equipment.