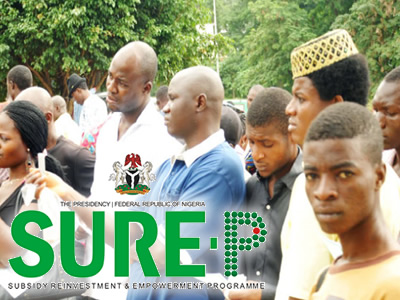 Okogu made this known in Lokoja while presenting a paper titled “Three Years of Delivering SURE-P mandate: The Benefits and the Costs” at a two-day stakeholders’ conference organised by SURE-P.

He said that the subsidy funds would have been utilized in other ways but that the establishment of SURE-P for the use of the money was on the insistence of President Goodluck Jonathan “after wide consultations with Nigerians”.

According to him, in line with its mandate, SURE-P intervened in social safety net, health, road infrastructure, bridges and rail transportation, among others.

“The purpose is to do what the people can see and enjoy”, he said.

Okogu, however, expressed that the declining crude oil price may adversely affect the operations of SURE-P, explaining that SURE-P fund was dependent on the gap between the pump price of petroleum products and crude oil price.

“Survival of the SURE-P is contingent on the continued price gap”, he said.

He stated competition in the global oil market may get tougher in view of the changing dynamics in the market and discovery of oil in many African countries.

Okogu also called for reintroduction of toll gates on roads to provide the necessary funds for their maintenance rather than leaving such expenditure to the government or SURE-P alone. (NAN)