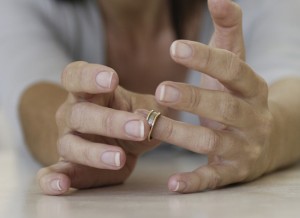 It’s always good to have a plan B, especially when it comes to restaurant reservations, travel arrangements and babysitters. But what about spouses?

A new, not-so-scientific survey of 1,000 married women conducted by the Daily Mailfound that 50 percent have a “fall-back partner” should their current marriage take a turn for the worse.

So who exactly is their plan B? The most common backup husbands, according to the survey, tended to be old friends with romantic intentions, ex-boyfriends, ex-husbands, colleagues or someone from the gym.

In fact, 10 percent of participants said their backup guy had already confessed his love in the past, and 20 percent claimed the dude would “drop everything” to be with her,if she asked.

A spokesman for OnePoll.com — the online market research company who conducted the poll for the Daily Mail — said, “For our research to establish that 50 percent of women in relationships have a ‘Plan B’ is a worrying sign.”