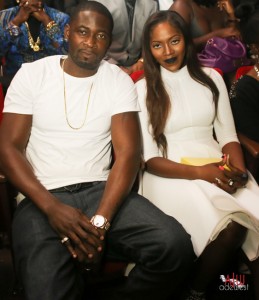 This really proves that there is fire burning in the matrimonial home of Tee Billz and Tiwa Savage.

With all efforts to confirm the controversies surrounding Tiwa Savage‘s marriage being rebuffed by both, the pop star’s husband and former manager, Tunji ‘TeeBillz’ Balogun might have given a hint of what could be the possible problem between the couple.

Sources say that a correspondent who ran into Tee Billz at an event on Thursday, October 2, 2014, had asked for an interview only for him to declined giving details but said: ‘Oh! You are asking me what the problem is?! as if you all don’t know already, now no one seems to remember ‘Doro na Tiwa…..Doro is a cheerful giver’, go and ask DoroTiwa what the problem is and leave me alone.’

The couple got married in an extravagant ceremony on Saturday, April 26, 2014, which was held in Dubai.