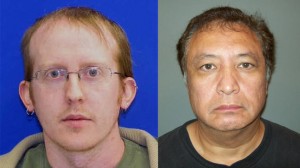 Michael Lutts, 50, of San Diego, CA, is charged for “abusing a six-week-old foster child and sending recorded images and videos” according to Courthouse News Service.

Attorney’s Office in Baltimore claim that “Lutts sent videos with the infant, including images of an adult performing oral sex on the infant.” Allegedly, the recipient of these texts is still under investigation after claims that he convinced Lutts into doing the dirty deed.

The FBI announced that Michael Williams Lutts had several hundred of child pornographic pictures on his cellphone, computer and other media storage.

Lutts who was held at San Diego federal prison is schedule to appear in court this Friday. There are no excuses for his actions.  He was caught on video sexually abusing a newborn? As hard as I want to try, I find it hard to give this man any benefit of the doubt. What he has done is enough to make most of us want him dead or at least gone for good.

The federal charges are still being finalized but if he is convicted of all 10 charges, he could be looking at a 285 year sentence. Try outliving that one!

I can’t even imagine what that poor baby went through, a preemie at that.