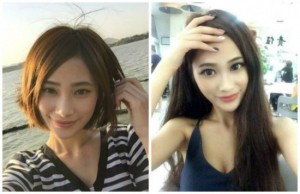 A pretty young Taiwanese woman is on a mission to get a new boyfriend in every city she visits in China. The 19-year-old created a stir online after she posted recruitment notices on social media, asking for temporary boyfriends. She said that she’s looking for male friends to be her travel partners, and to fund her travel expenses.

“Travel with me: Post-’95, adorable girl recruiting temporary boyfriends from all parts of China to be my travel partners,” her post read. She explained that she wanted to “recruit one temporary boyfriend from the local area when/before visiting the city” so that she could “travel all over China on ZERO yuan.”

The girl went on to say that since she doesn’t have an income, and doesn’t want to suffer during her trips, she merely asks that her temporary boyfriend provide her with free accommodation. In return, she is willing to travel with him during the day and spend the night with him. She is seeking boyfriends who are over 1.75 meters tall, under 30 years of age, rich, and of course, generous.

Local news channels have reported that the girl has already travelled through Wuxi, Suzhou and Nanjing with three different local boyfriends. Xiao Xiao, the man who accompanied her at Suzhou, declined to comment on the matter. He said that he hoped ‘netizens and media don’t make a fuss of it’.

Naturally, netizens have made a big fuss of it, with the story getting tens of thousands of hits. Some people have been quite critical of the young woman’s actions: “The girl just wants something for nothing and has lost her moral compass.”

A few people have expressed concern over her safety, while others have been more understanding and spoken out in support: “Lu Pao (traveling while dating) is her lifestyle. Others shouldn’t stop her with their own will.”

It’s not clear exactly what the young Taiwanese tourist means by ‘spending the night’ with her temporary boyfriends, but guys can only hope, I guess…