Tony O. Elumelu Founder of The Tony Elumelu Foundation and Chairman of Heirs Holdings has announced the launch of The Elumelu Nigeria Empowerment Fund. The Fund was launched by President Goodluck Ebele Jonathan of Nigeria,with the purpose of revitalizing the economies of post conflict and disaster communities across Nigeria. 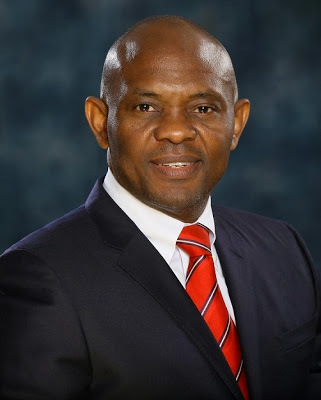 “Rehabilitating distressed communities will require interventions not just from the government, but also from the private sector.  Therefore, I am pleased to see that Tony Elumelu, one of our private sector leaders, stepped up in a big way – by making a major contribution to the Victim Support Fundand that his effort did not end there as he has now created The Elumelu Nigeria Empowerment Fund” said Nigerian President Goodluck Ebele JonathanThe Elumelu Nigeria Empowerment Fund was created out of the N2.5 billion donated by
The Tony Elumelu Foundation and Heirs Holdings companies. This donation was announced at the Presidential Fundraising Dinner for the Victims Support Fundin July 2014. Given to support distressed communities across Nigeria,N1 billion was immediately disbursed to the Victims Support Fund, while the remaining N1.5 billion now serves as the initial seeding for The Elumelu Nigeria Empowerment Fund.The Fund will focus on communities like those in the Niger Delta and Jos.

Seeded and managed by The Tony Elumelu Foundation, The Elumelu Nigeria EmpowermentFund, a non-profit organization, will transform communities that have been ravaged by natural disasters, hazards and conflicts, into thriving and economically sustainable communities. The Fund will create opportunities and empower people in affected communities across Nigeria enabling them to rebuild their lives and businesses whilst instilling a sense of economic empowerment for the long-term.

In furtherance of Mr Elumelu’s commitment to supporting entrepreneurs across Africa, The Elumelu Nigeria Empowerment Fund will focus on encouraging the development of entrepreneurship in these affected regions through access to start-up funding, capacity building and mentorship.The fund will also support a range of initiatives in these communities, including projects that will tackle environmental issues, restore damaged infrastructure as well as social welfare projects. By helping to restore these communities the Fund will create the platform for a thriving entrepreneurial environment.

“By making social investments and grants available in select distressed communities across Nigeria, the Elumelu Nigeria Empowerment Fund will economically empower individuals and communities by creating and fostering an enabling environment that will support a new generation of entrepreneurs”said Mr Tony Elumelu, Founder, The Tony Elumelu Foundation and Chairman Heirs Holding. ”Entrepreneurs create jobs, opportunity, and wealth at the local level and in doing so, they play a vital role in reducing poverty and addressing a range of social issues that cause conflict and instability” Elumelu continued.

As the Fund works to economically empower communities, so will it work to sustain itself.  The Fund is managed by Katja Nwator, a staff of the Tony Elumelu Foundation withconsiderable community development experience and Niger Delta roots. With the support of a distinguished board and other donors, both domestic and international, the Fund will be impactful and sustainable. This will occur within a framework of accountability and best practice, to serve as a model for delivering development programmes to the communities that have been devastated by conflict or disaster.

The Elumelu Nigeria Empowerment Fund’s distinguished board members include:

Speaking at the launch of the Fund, Board member Bishop Matthew Hassan Kukah stated, ”It is better to light a candle than curse the darkness. The Tony Elumelu Foundation has ignited what will definitely be a massive flame of hope to dispel the darkness that hovers around us. I am honoured to stand beside men and women with passion for our common humanity.”