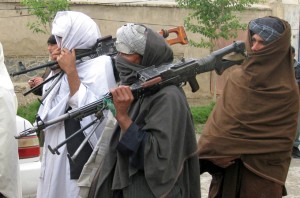 In a bit of fortunate clumsiness on the part of a Taliban member, this might result in the arrest of a major player in the terrorist organization.

An apparently errant tweet by the Taliban’s spokesman in Afghanistan has given his location as being in neighboring Pakistan.

On Friday, the tweet by Zabihullah Mujahid, which was claiming an attack, included geolocation information that suggested he sent the message from Sindh, Pakistan.

Mujahid later sent a tweet on Saturday describing the location leak as an “enemy plot”.

He also offered his Afghan telephone number to confirm his identity and wrote: “With full confidence, I can say that I am in my own country.”

Twitter says such geolocation data is based on latitude and longitude data or other information provided by users at the time of their message.

In an explanation of geolocation, Twitter itself warns: “Remember, once you post something online, it’s out there for others to see.”