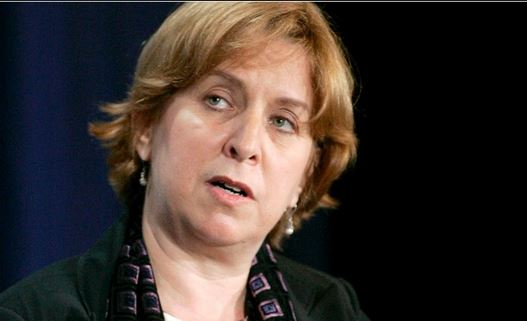 Twitter’s inaugural head of news Vivian Schiller has announced that she is stepping down after less than a year in the job due to a larger reorganisation.

Ms Schiller said in a series of Tweets that she was leaving so that the company’s new media boss Katie Stanton ‘can reorganise as she sees fit’.

There have been several management changes at Twitter this year. 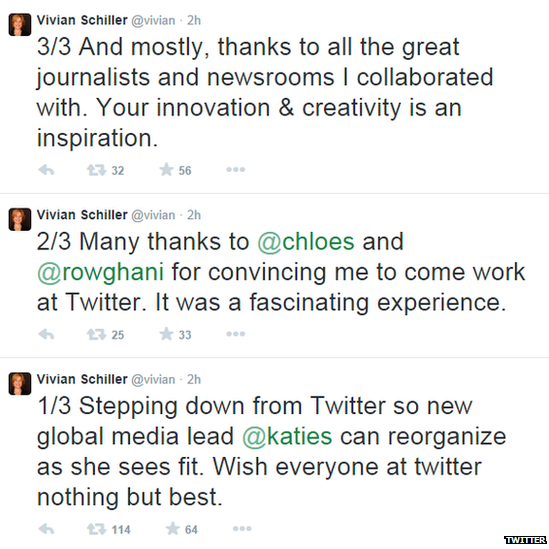 In her Twitter announcement, Ms Schiller thanked both former chief operating officer Ali Rowghani and head of North American media Chloe Sladden, who handed in their notice on the same day in June.

She said her two former colleagues had convinced her to work at the San Francisco-based social media giant.

“It was a fascinating experience,” she tweeted.

Ms Schiller arrived at Twitter with a long and impressive resume, which included stints as NBC News’ first chief digital officer and the chief executive of NPR, formerly known as National Public Radio.

She also used to work as the head of CNN Production and ran operations at the New York Times’s news website, according to her LinkedIn profile.