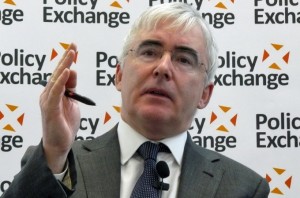 A British government minister has been forced to apologize after he said that some disabled people were “not worth” the country’s minimum wage and some could be paid less than a third of the rate.

David Freud, the Tory minister for welfare reform, on Wednesday made a “full and unreserved apology” after it was revealed he made the comments during a meeting on the fringes of the Conservative Party’s conference last month.

In the recording, Freud is heard responding to a question about the disabled: “There is a small … there is a group, and I know exactly who you mean, where actually as you say they’re not worth the full wage.”

He goes on to say that someone who wants to work for less than the minimum wage, currently the equivalent of $10.35 an hour, should be allowed to do so, and specifically refers to a rate equivalent to $3.20.

The leader of the opposition, Ed Miliband, called for the resignation of Freud. “Surely someone holding those views can’t possibly stay in his government,” he said.

David Cameron, the British prime minister, sought to distance himself from the comments of Freud, saying they were not the views of his government.

In a statement issued by the Department for Work and Pensions, Freud said: “I would like to offer a full and unreserved apology. I was foolish to accept the premise of the question.

“To be clear, all disabled people should be paid at least the minimum wage, without exception, and I accept that it is offensive to suggest anything else.

Freud, a former investment banker and now an unelected member of the House of Lords, has caused controversy on welfare before, stating in 2012 that the poor should take the biggest risks as “they’ve got least to lose”.