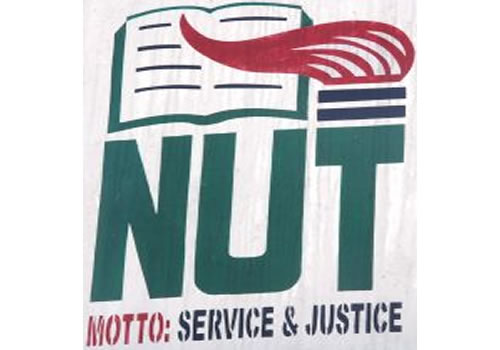 The Ekiti Chapter of the Nigeria Union of Teachers (NUT), on Tuesday called on its members not to resume for the new academic session on Wednesday as directed by the state government.

The state chairman of the union, Mr Samuel Akosile, told newsmen in Ado-Ekiti that asking teachers to resume for the session with empty stomach was like attempting suicide.

Gov. Kayode Fayemi, on Monday announced that public and private primary and secondary schools across the state should resume on Wednesday for the 2014/2015 academic session.

The announcement came after weeks of fears of outbreak of the Ebola Virus Disease and demand by teachers that government should put measures in place to contain its spread before resumption.

The NUT boss also directed his members to shun their duty posts until the August and September salaries being owed by the government were paid.

He said that government had no justification to ask teachers to resume duties when they were still being owed two months salaries and other allowances.

Akosile said: “How can we go back to work when we are being cheated? We cannot pretend that all is well when teachers are dying in silence.

“As we speak now, teachers have not received August and September salaries as well as the deductions in July salary.

“But to our surprise, local government workers have been paid up to September. So what is the justification for the governor asking us to resume to duties?

“I hereby direct that all our members must remain at home until we are paid.

“I do not want a situation whereby teachers will either be dying on the roads or working with empty stomachs”.

In its reaction to the call by the NUT chairman for teachers to stay at home, the government through the Commissioner for Information, Mr Tayo Ekundayo, pleaded for understanding.

He said that government was making efforts to pay the two months’ salary arrears owed the teachers. (NAN)