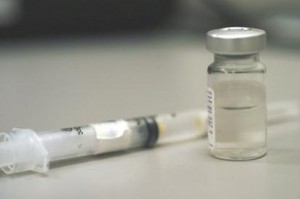 Officials in the US state of Dallas have ordered the family who came in contact with Ebola victim Thomas Eric Duncan to remain at home, as the possible contact count grew to 100.

The family in northeast Dallas was placed under a public control order and a police officer was stationed outside the Ivy Apartments where they live to enforce it.

“We didn’t have the confidence we would be able to monitor them the way we needed to,” said David Lakey, commissioner of the Texas Department of State Health Services, in a telephone news conference on Thursday. He declined to elaborate on the reasons why, but Dallas County Judge Clay Jenkins said they were “non-compliant with the request to stay home”.

Duncan, the first Ebola victim diagnosed in the US, was taken by ambulance to Texas Health Presbyterian on Sunday and remained in isolation and in serious condition on Thursday. He has a phone and has been calling family members.

The number of possible contacts in Dallas since he arrived grew from 18 to 20 on Wednesday to about 100, state health officials said.

“We are working from a list of about 100 potential or possible contacts and will soon have an official contact tracing number that will be lower,” said Texas Department of State Health Services spokeswoman Carrie Williams. “Out of an abundance of caution, we’re starting with this very wide net, including people who have had even brief encounters with the patient or the patient’s home.”

The control order came on Wednesday night after state officials became concerned about their ability to keep track of the four individuals at the apartment where Duncan stayed.

The orders were hand-delivered to the family members, according to a statement from State Health Services, and require “the family to be available to provide blood samples and agree to any testing required by public health officials and to immediately report any symptoms to Dallas County Health and Human Services”.

State law allows state and local health authorities to issue control orders to anyone who is “ill with, has been exposed to, or is the carrier of a communicable disease”, the statement says. The orders can include isolation, preventive therapy and quarantine, and can be enforced by the courts. Failure to follow them can result in criminal charges, the statement says.

The family is legally required to stay home and have no visitors without approval from local or state health officials or until at least October 19, the statement says.

A company will clean the apartment and make sure the family has food. But county officials acknowledged there was some hesitance from some companies to clean the residence.

“Our understanding is there is a garbage bag of the man’s clothing and belongings and some household trash and the mattresses have been pushed against the wall,” said Dallas County Judge Clay Jenkins. “The trash would consist of the sheets he slept on.”

The family members are not showing symptoms. They are being checked twice daily for fever.