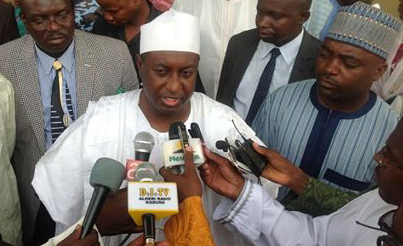 Governor of Kaduna State, Mukhtar Yero, on Thursday asked the National Assembly to pass a bill that would compel policy makers to enroll their children or wards in public schools across the country.

Speaking when he received Chairman and members of the House of Representatives Committee on Education at the Sir Kashim Ibrahim House, Kaduna, Yero said for genuine improvement to be felt in public schools, policy makers and other government officials must enroll their children/wards in public schools.

According to him, this would force governments at all levels to channel resources towards revamping the comatose public schools in the country, adding that “it is the only way to improve the system”.

Yero noted that over the years, Kaduna State had witnessed improvement in the education sector.

“For me, we should spend more resources on education because it is only through education that we can get to where we want to be as a nation”, he added.

The governor, therefore, called on the National Assembly to support efforts being made by his administration to sustain the relative peace essential for the development of the state.

He also pleaded with the federal lawmakers to support the state with the establishment of military bases especially in Southern Kaduna and Birnin Gwari areas, which have experienced deadly attacks by unknown gunmen.

Earlier, the Chairman of the House Committee on Education, Malam Aminu Suleiman, said members were in the state as part of oversight function to federal tertiary institutions in Kaduna.