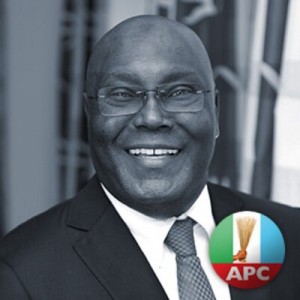 Abubakar, who is contesting for the party’s presidential ticket for the 2015 elections, made the donation during his visit to the state, as part of his countrywide campaign to woo the delegates to the party’s December 10 presidential primaries.

“My aspiration is never a do-or-die affair, but to stabilise the affairs and alleviate the suffering of the people in the country,” said Atiku, who has promised to support anyone who emerges as the flag bearer of the party in the coming presidential election, as agreed by all the aspirants.

He said the APC was committed to the development of the nation, as well as sustained peace and unity.

He therefore called on Nigerians to believe in the party’s commitment to helping Nigerians out of the present state of the nation. He also promised to protect the interest of the people if elected.

Here is the breakdown of Atiku’s donation: he gave N5 million to the Sokoto State chapter of the APC to facilitate its activities; N1 million for the party’s elders and N2.5 million was for the 50 delegates from the state.