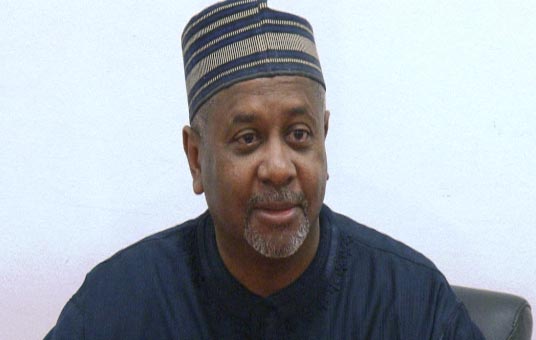 The Federal Government on Monday warned politicians to desist from unpatriotic acts such as political thuggery and assassinations that could derail our democracy.

The National Security Adviser, Col. Sambo Dasuki (retd), gave the warning during a two-day workshop on security consciousness and awareness for reporters in both print and electronic media organisation based in Abuja and environs.

Represented by the Director of Policy and Strategy in the office of the National Security Adviser, Amb. Layiwola Lasende, Dasuki also decried the constant deriding of the present administration by some section of the media and “some unpatriotic politicians”.

According to the NSA, any attempt to derail a peaceful and prosperous Nigeria will be resisted by the relevant security agencies.

Stressing that there will be no sacred cows, Dasuki said that every Nigerian must learn to live by the rule and strive to be his/her neighbors’ keeper.

The NSA, who commended the level of support and encouragement in the fight against terrorism by many Nigerians, also called for unity and patriotism especially in the media in order to ensure peace and development.

He said: “As we approach the fifth democratic transition period which some western countries claimed could either ‘make’ or ‘mare’ the country, there is compelling need for us, as a people, to understand our differences, unite and forge ahead for the interest of the nation.

“As you are aware, the acts of terrorism are spreading fast across the globe with increasing viciousness and it is imperative that Nigerians remain patriotic. The degree of support and encouragement in the fight against terrorism by many Nigerians is yielding positive result especially, in our efforts against Boko Haram criminalities in the North East. We must therefore unite, as the cooperation of all citizens, especially the media is required to ensure peace and development.

“Consequently, the determination of government to ensure peaceful, fair, transparent and successful elections will ensure that political thuggery, assassinations, incisive, provocative and libellous publications are decisively dealt with. While there is strong need to put all hands on deck to sustain peace and democracy in the country, it is disheartening to note that section of the media and some unpatriotic politicians are busy deriding the present administration for their selfish interests. It encourages divisiveness, and fuel insurgency and insecurity across the nation”.