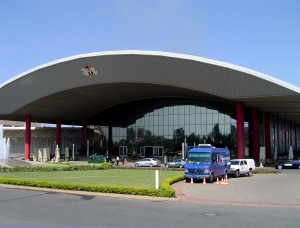 President Goodluck Jonathan has approved the staging of an international exhibition on the gains of the transformation agenda of his administration within the last four years. This he believes will help people see beyond the criticisms that has become the order of the day.

“Unfortunately, due to the dismal performance of previous efforts, there is a disconnect between the citizenry and the transformative stride of the government culminating in growing apathy in the mind-set of the people even in the face of tremendous progress,” Jonathan said.

“It is believed that the approach being adopted now will present the facts in a way that will not only make them incontrovertible, but available to many more Nigerians and the international community.”

The President announced this yesterday at the inauguration of the planning committee for the international exhibition in Abuja. The a 23-man committee comprising government and Non- Governmental Organizations (NGOs), is headed by Ari Mohammed from the Federal Capital Territory Administration (FCTA). The exhibition is going to be a three-day event to be held at the International Conference Center (ICC), Abuja.

Jonathan, who was represented by his Special Adviser on Social Development and Special Duties, Mrs. Sarah Pane, noted that the government, in the last four years, had made significant strides towards the transformation of the country, but lamented that criticizing the government had become a major industry that is used to gauge the international sagacity of social commentators.

The essence of the exhibition, which would be opened on December 18, would therefore be, to bring the milestone achievements of the last four years to a clear perspective to the nation and the international community through graphic and pictorial presentations. This, he said, will enable people make decisions and contributions to national discourse based on knowledge.