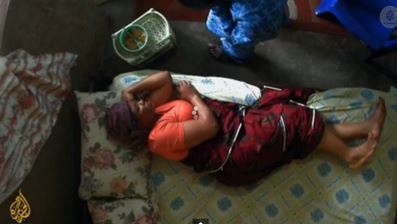 African journalists, Nigeria’s Rosemary Nwaebuni and Ghana’s Anas Arameyaw went undercover to expose fake doctors in Delta State, this undercover job has however led to 3 arrests. Read the full story and watch the 25-minute documentary below…
In this week’s episode of Africa Investigates, Anas Arameyaw Anas and Rosemary Nwaebuni went undercover with secret cameras to expose fake doctors in Delta State, leading to three on-camera arrests. Nigerian law forbids abortions, except in cases where the patient’s life is in danger. Despite this, Nigeria’s Fake Doctors show Rosemary, who is not even pregnant, twice being offered abortion services from unlicensed practitioners.

Precious Johnson Chuckwudi, who operates a pharmacy in Delta State, offered to provide an abortion – and agreed the price – despite Rosemary’s negative pregnancy test, while Mr and Mrs Ogboru offered Rosemary an abortion in the dirty backroom of a bar, without conducting a pregnancy test.

The Nigerian Medical and Dental Association (NMDA) and Ministry of Health (MoH) have confirmed that neither Chuckwudi nor the Ogboru’s are licensed and registered as medical doctors and that their shops are not registered clinics. Nigerian police arrested Mr and Mrs Ogboru on camera on the basis of evidence that Rosemary and Anas filmed.

Nigerian police also arrested Charles Igudala, who operates a clinic at Dictat Royal Home in Warri, Delta State, after he was covertly filmed offering medical services and injections to Anas in extremely unsanitary conditions. The NMDA and MoH confirmed that Igudala is not a licensed and registered doctor, while Dr Alfred Ebiakofa of the Nigerian Ministry of Health said that Igudala had been a target of the Nigerian health authorities for some time, but that they “had not been able to catch him before.”

Rosemary and Anas also film other fake doctors wrongly diagnosing healthy patients with malaria and typhoid, as well using as a Quantum Resonance Analyser, a highly controversial machine of unproven effectiveness that is used to illegally diagnose – merely on the basis of tones and lights  – a variety of serious illnesses to perfectly healthy patients.

Spell of The Albino, the last investigation Anas filmed for Africa Investigates, won a One World Media Award and was nominated for a Royal Television Society Award.

Watch the full documentary below.