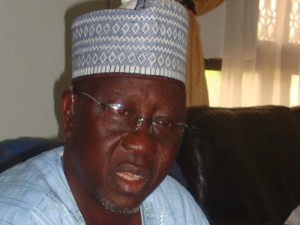 Nasarawa State Governor Umaru Tanko Al-Makura has imposed a dusk to dawn curfew on Lafia, the State capital, following the break out of deadly clashes, which reportedly led to the death of one person.

According to the Chief Press Secretary to the state governor, Yakubu Lamai, the curfew will be between the hours of 6p.m. and 6a.m.

“What we mean is that people can move in their own areas but should not cross over to other areas that are not theirs and this is only applicable to Lafia the state capital alone,” Mr. Lamai said. This is to ensure that people do not leave their communities to attack others elsewhere.

Meanwhile, at least 15 houses and shops belonging to the Eggon tribe, and a Methodist church building were set ablaze yesterday by some irate youths of Kwandara and Kamberi at Tudun Gwandara area of Lafia.

The angry youths stormed the streets of Lafia yesterday, armed with guns and other dangerous weapons, following rumours that Eggon people were going to launch a counter-attack on Lafia town.

Vanguard reports that the crisis in Lafia was a spillover of Fulani attack on Alakyo village where the spiritual priest of the Ombatse militia group, Lega Agu, was said to have been killed last Sunday. Eggon leaders have however dismissed insinuations he was dead, saying, “Baba Alakyo is alive”. Alakyo was the place where the Ombatse cult killed 89 security operatives.

The police public Relations Officer, ASP Ugochukuwu Theodore confirmed the incident, but said that the force could not determine the casualty figure immediately. He however said that more than five persons have been arrested and efforts are ongoing to restore peace.