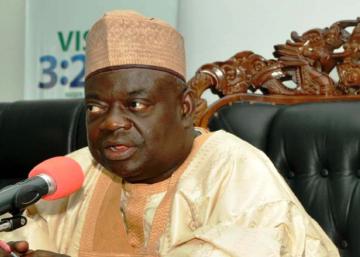 A teacher of the Maryam Babangida Girls Science College, Minna, Niger State, on Thursday, foiled another attempt by two unidentified men to attack the school.

It was learnt that the female teacher was rushing to the school through a foot path early in the morning when she perceived the smell of Indian hemp smoke and stopped to investigate where it was coming from.

She reportedly sighted two men that had already changed into the school uniform and were about to put on the Hijab.

The unidentified men had reportedly asked her to turn back if she wanted to stay alive but rather than return home, the frightened teacher took another path to the school where teachers and pupils had already gathered on the assembly ground and alerted them.

When the students got wind of the information, there was pandemonium as people fled in different directions.

The school authorities, however, alerted the police, military and men of the State Security Services, whose quick arrival helped to calm the situation.

Speaking with newsmen in her office later, the Principal of the School, Hajiya Fatima Madugu, said the information given by one of the teachers at 7:30am saved the school from being attacked.

Meanwhile, the Niger State Government has cancelled morning assembly in all schools in the state following the incident in Potiskum, Yobe State, where suicide bombers attacked a government secondary school during the morning assembly.