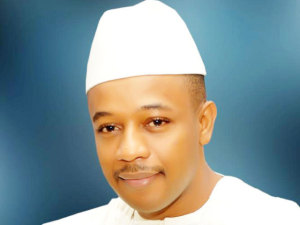 A leading governorship aspirant in Niger State on the platform of People’s Democratic Party (PDP), Hon. Umar Mohammed Nasko, has declared his readiness for the job, saying he is not too young to govern the state.

Nasko, who has already been endorsed by the governor, Dr. Mu’azu Babangida Aliyu, stated this at the weekend in Minna, the state capital, during the public declaration of his ambition to run for governorship of the state in the 2015 election.

At the Bako Kontagora Memorial Stadium, venue of the declaration, the aspirant told the large crowd of supporters from all over the state and party chieftains that at 40, he could not be said to be young to run the affairs of the state as suggested by his political opponents.

He contended that with the life expectancy of 50 years in Nigeria, he was also not young to understand the peculiar demands and needs of people of the state as he had adequately prepared himself for the task ahead.

“In a country where life expectancy is put at less than fifty years, a forty-year old couldn’t be ‘too young’ to serve in the exalted office of state governor”, Nasko stated, stressing that he had received enough mentoring by Governor Aliyu to advance the course of development of the state.

He said he was overwhelmed by the large turn out on the occasion, describing it as a confirmation of “your belief in the capacity of the youth and the young at heart to provide purposeful leadership, because effective political leadershi p is not often defined by chronological age but the maturity of mind and capacity to mobilize mass support towards electoral victory”.

The aspirant vowed to consolidate the achievements of the Babangida Aliyu administration and ensure the vision of making Niger State one of the three top economies in the year 2020 would be achieved.

Governor Aliyu was represented on the occasion by Secretary to the State Government, Rt. Hon. Idris Ndako Kpaki, who assured the crowd that he (governor) was in full support of Nasko’s candidacy.