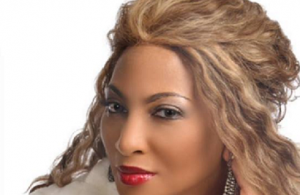 This is something every Nigerian has said one time or another; even the actors and actresses know it’s true but would never admit it.

The Nigerian Texas based movie producer has slammed the new trend of Nollywood artists veering into politics.

In a piece she titles “The Ripple effect, Bandwagon and the copycat Syndrome,” Bianka says there’s nothing wrong in Nollywood embracing the new political trend but she advises that they should first start from the grassroots. Below is what she said;

“Manifesto: public declaration of policy and aims, especially one issued before an election by a political party or candidate.

Suddenly politics is the new trend in Nollywood. Every Shanika, Temika, Harrison and Issacvile wants to be politically empowered. Nothing wrong with the new wind of change especially when our youngins are catching the Holy Ghost power back, front and center. Hallelujah and Amen to that.

If you are running for a political position and you don’t know the meaning or what manifesto stands for…you got 99 problems and running for any political position should be off your bucket list. Do YOUR Home work, Start FROM THE Grassroots. You can’t wake up one morning in Lagos or Abuja and wants to be a senator or represent your constituency in the house of assembly when your behind hasn’t seen your village for over five years. How can you relate to people you never served? Honestly is the best policy; start within yourself.”