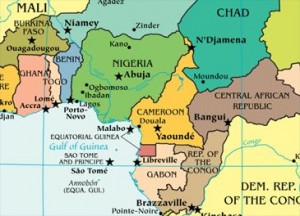 About 48 fish vendors have been killed by suspected members of the Boko Haram sect after setting up a roadblock near Nigeria’s border with Chad, the head of the fish vendors’ association said on Sunday.

“Scores of Boko Haram fighters blocked a route linking Nigeria with Chad near the fishing village of Doron Baga on the shores of Lake Chad on Thursday and killed a group of 48 fish traders‎ on their way to Chad to buy fish,” Abubakar Gamandi, head of the fish traders association, told AFP.

According to Gamandi, the attackers set up a barricade at Dogon Fili, 15 kilometres (nine miles) from Doron Baga in Borno state, and stopped a convoy of fish vendors around midday, slaughtering some of them and drowning others in the lake.

He told AFP that the terrorists slit the throats of some of the men and tied the hands and legs of the others before throwing them into the lake to drown.

Gamandi explained that the assailants did not kill any of their victims with guns.

“The attackers killed their victims silently without the use of the gun to avoid attracting attention from the multi-national troops,” he said.

Doron Baga is the base of the Multi-National Joint Task Force (MNJTF), which comprise troops from Nigeria, Chad and Niger fighting the Islamist group. The original mandate of the group formed in 1998 was to fight trans-border crime but that was expanded toinclude fight against Boko Haram insurgency, as it threatened to become a regional menace.

A military officer in Maiduguri confirmed the attack to Vanguard, but said details were sketchy.

“We heard of the attack near Doron Baga but we don’t have any details because the area falls under the operational jurisdiction of the MNJTF,” the military officer said.