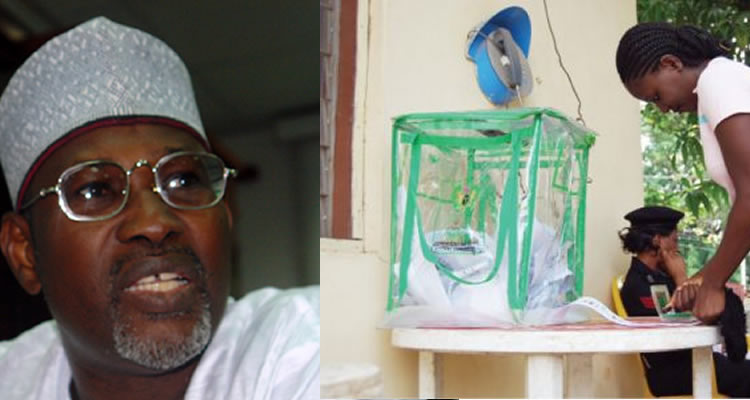 The apex Yoruba socio-political organisation, Afenifere, has faulted the query issued to Resident Electoral Commissioners from the South by Chairman of the Independent National Electoral Commission, INEC, Prof. Attahiru Jega, saying he should withdraw it or “step aside”.

Afenifere said the query reportedly issued to mostly southern RECs over INEC’s recent plan to create additional 30,000 polling units showed that Jega “is becoming more dreadful to the health of the polity than the murderous Boko Haram”.

A statement issued on Sunday in Abuja by the National Publicity Secretary of Afenifere, Mr. Yinka Odumakin, said, “The query dripping with venom was issued the very day Jega announced the suspension of the controversial exercise.

“If it is true that the said query was issued on sectional focus on a matter in which the INEC chairman betrayed unpardonable primordial insensitivity, we are bound to conclude that Prof. Jega is becoming more dreadful to the health of the polity than the murderous Boko Haram.

“Even without its lopsidedness in favour of Jega’s region of the country, the whole idea of creating new polling units a few months to the general elections was a product of inferior scholarship on election for a man from the intellectual region hailed across the country in 2010 as a “man of integrity” when he was nominated for the job in 2010.

“It is equally baffling that rather than addressing the glaring incompetence of INEC which have seen it bungling the distribution of PVCs for data captured four years ago, Jega would now be occupied with fighting a war of attrition within the commission.

“We are less than 90 days to the general elections and we have yet to see concrete preparations from the electoral body to conduct a successful poll. Given the importance of 2015 elections and all the predictions of the implications it holds for the corporate existence of Nigeria, we do not need a champion of fault lines at the head of the electoral commission.

“In the light of this, Afenifere advises Jega to withdraw the query immediately and concentrate on plans for the elections. However, if he is far too gone into his sectional agenda, he should step aside from INEC and move over to any of the fora promoting what he desires”.