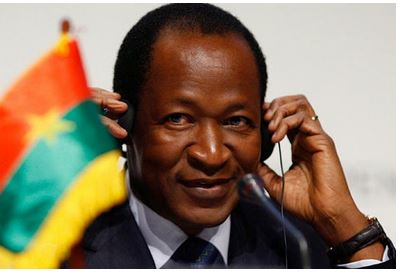 The President of Burkina Faso, Blaise Campaore has resigned from office following yesterday’s massive protest by people who were opposed to the elongation of his 27 years tenure. In a statement released today, Campaore said his seat was vacant and urged his people to conduct an election in the next 90 days.

Mr Compaore had earlier said he would remain in power until a transitional government had completed its work in 2015, a position the opposition parties and the army refused, forcing him to resign from power. His whereabouts is currently unknown.
In the meantime, Bukina Faso’s army chief Nabere Honore Traore has taken over power and has instituted a transitional body that would conduct elections for the seat of the president in the next 90 days.