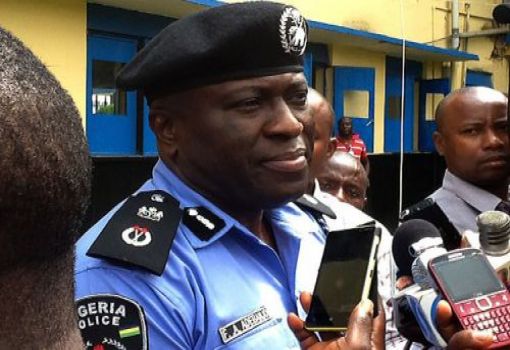 Ahead of the 2015 general elections in Edo State, the state police command on Friday gave a 14-day ultimatum to persons in illegal possession of arms and ammunition in the state to surrender them or face the wrath of the law.

The Commissioner of Police, CP Foluso Adebanjo, issued the warning while briefing journalists at state headquarters in Benin City, on the level of preparedness of the command to provide adequate security during the forthcoming polls.

Adebanjo explained that the police had got wind of plans by some unscrupulous politicians to unleash mayhem if they did not win the state primaries.

While recalling that some persons had resorted to the use of illegal firearms at the ward congresses in the state, the police chief warned that the state command would not tolerate any form of violence among politicians in order to avoid “a theatre of war” in next year’s elections.

Adebanjo, who assured that the command was “combat-ready” and would “deal decisively with any thugs apprehended, including their sponsors”, also said that the police would offer a “handsome reward” for any information leading to the recovery of massive arms and ammunition build-up in the state while such information would be treated with utmost confidentiality.

“Unconfirmed intelligence report at our disposal indicates build-up of arms and ammunition by some unscrupulous politicians, hired thugs, violent cult groups and other undesirable individuals to cause mayhem if they do not win the primaries.

“Accordingly, I seize this opportunity, using the press as a vital organ of dissemination of information, to warn anyone in Edo State, irrespective of his or her status to surrender to the office of the Commissioner of Police, Edo State, within a period of 14 days, all illegally acquired weapons in their possessions.

“Failure to adhere to this ultimatum will spell danger for anyone arrested with such illegal weapons”, he warned.