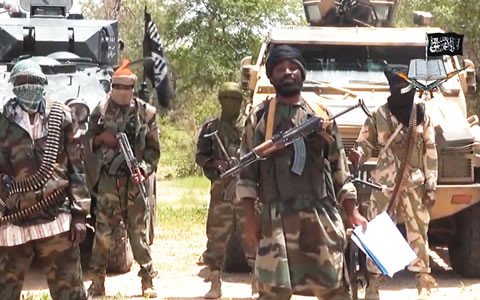 The Nigerian Military on Saturday said it was studying the video released Friday by purportedly killed Boko Haram leader, Abubakar Shekau, where he dismissed claims of a ceasefire deal with the federal government.

In a statement by the Defence spokesman, Maj-Gen. Chris Olukolade, the Defence Headquarters said it would make its position on the video known in due course after a thorough review.

“The content of the video purportedly released by terrorist on Friday is being studied. Further information on subsequent position on the issues involved will be released as appropriate in due course”, Mr. Olukolade said.

He added, “The military will continue to accord due recognition to any ongoing mediatory efforts towards bringing our girls home and terminating the insecurity in parts of the country.

“Citizens are assured that the military and security agencies remain committed and optimistic for positive outcome of ongoing operations”.

In the new video released Friday, Shekau, surrounded by a handful of fighters, denied any ceasefire deal, insisting that his group will not relent in its attacks.

He also denounced one Danladi Adamu, who claims to be secretary of the group and with whom government officials were holding negotiation talks, vowing to decapitate him whenever he is caught.

Shekau also foreclosed the possibility of returning the abducted Chibok school girls, saying they have all been converted to Islam and “married off”.