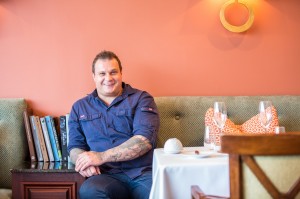 Last week, Mr Joe Lentini went out to eat at Bobby Flay Steak at the Borgata Hotel and Casino in Atlantic City. Mr Lentini who confessed that he’s no wine expert, asked a waitress for a wine recommendation, and the waitress simply did her but went to the extreme by recommending a wine which cost $3,750 per bottle. Read the full story on Huff’ Post:

“I asked the waitress if she could recommend something decent because I don’t have experience with wine,” Lentini said. “She pointed to a bottle on the menu. I didn’t have my glasses. I asked how much and she said, ‘Thirty-seven fifty.'”

Lentini and his two fellow diners were able to get the restaurant to agree to a discounted price of $2,200, which is obviously still an incredible amount of money.

The Ledger reached out to the Borgata for the resort’s side of the story.

“As the leading culinary destination in this region, we consistently serve as many, if not more high-end wine and spirits without incident,” executive vice president Joseph Lupo said. “In this isolated case, both the server and sommelier verified the bottle requested with the patron.”

Let’s just hope some of the $2,200 will trickle down to the residents of Atlantic City, where three in ten people live below the federal poverty level and falling casino revenues have helped send the city into an economic death spiral.