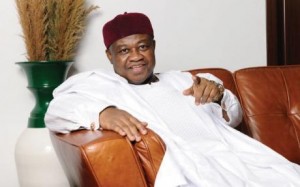 Presidential aspirant of the All Progressives Congress (APC), Sam Nda-Isaiah, Wednesday debunked rumours of his arrest in Ekiti State.

Dismissing reports that he was arrested on the orders of Governor Ayodele Fayose, the presidential aspirant in a statement issued on behalf of his campaign organisation by a spokesman, David Chinda said that while in Ado-Ekiti for a session with party delegates, the Divisional Police Officer in the area where he was lodged came around with some policemen on the prompting that the hotel was about to be invaded by thugs.

He said that the issue was however resolved between the policemen and Nda-Isaiah’s security details, comprising operatives of the Department of State Service, DSS, and policemen.

“The Police and DSS personnel attached to Sam Nda-Isaiah were able to quell the controversy and clarify the misinformation even without his knowledge of the issue,” Chinda said.

The presidential aspirant also laid down a six-point programme to tackle the challenges arising from declining prices of oil.

He however flayed the administration’s failure to take precautionary measures as proposed by him and others in protecting the country from the developments arising from the crash in oil prices.

“Over the years, the Federal Government has earned trillions of naira in revenues but has consistently failed to make the development of the non-oil sector a priority to counter our dependence on the export of crude oil,” Nda-Isaiah said in a statement issued by a campaign spokesman, David Chinda.

Nda-Isaiah said that his six point-programme of action would include the immediate stop of illegal bunkering operations, full remittance of oil sale proceeds to the federation account, tackling corruption headlong and increased development of the non-oil sector to allow increased revenue from that source.