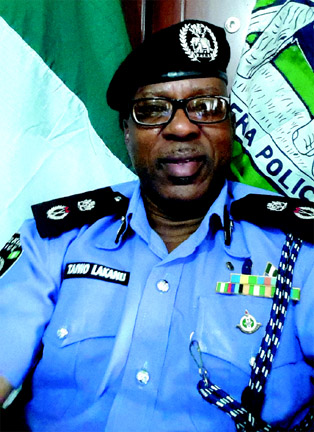 The Ekiti State Police Command has raised the alarm over plans by some group of people to invade the state to disrupt the existing peace and cause break down of law and order.

The alert is coming a few days after the purportedly ‘impeached’ Speaker of Ekiti State House of Assembly, Dr. Adewale Omirin, and 18 other lawmakers of the All Progressives Congress, APC, promised to return to the state after a self-exile to Lagos.

The Police Commissioner, Taiwo Lakanu, in a statement issued in Ado-Ekiti the state capital, on Saturday by the Police Public Relations Officer, Mr. Victor Babayemi, warned politicians to desist from taking laws into their hands and using thugs to pursue their agenda.

The Police Command vowed to use all means, legally permitted, to prevent breakdown of law and order in any part of the state and to prosecute offenders.

The statement read, “The State Police Command has received an intelligence report that some group of people are planning to invade the state to disrupt the existing peace and cause break down of law and order.

“Consequently, the Commissioner of Police, CP Taiwo Lakanu fdc, has raised the alert level of the personnel. He has directed policemen all over the state to commence high visibility patrol and stop and search operations to prevent criminal infiltration of the state and importation of dangerous weapons.

“The Commissioner uses this medium to warn political actors in the state and their followers to respect constituted authority and due process. They are also advised to refrain from taking laws into their hands and desist from the use of thugs to pursue their agenda.

“The Command shall apply all means, legally permitted, to prevent breakdown of law and order in any part of the state and shall apply the full weight of the law on any person or group of persons that violate the peace of the state under whatever guise”, the statement added.

Meanwhile, Omirin has asked the people to hold Gov. Ayodele Fayose responsible for any breakdown of law and order in the state.