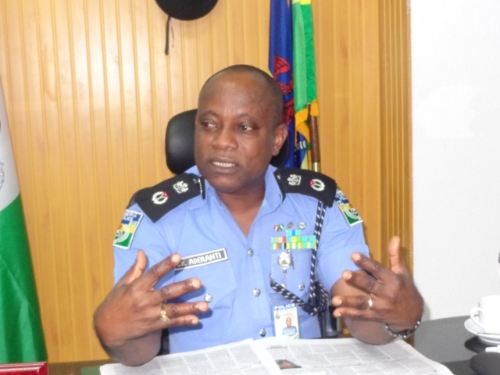 The Commissioner of Police, Lagos State Police Command, Mr Kayode Aderanti, on Friday declared the state as a no-go-area” for criminals particularly during the ‘ember’ months.

Aderanti, who spoke with the News Agency of Nigeria in Lagos warned criminals to stay clear as there would be no hiding place for them in the state.

The CP, who denied claims by some residents that crime had been on the increase in Lagos, added that crime had drastically reduced since he assumed office in September.

He said, “The crime rate in Lagos, from all available data, is not on the increase. We have been able to stabilise Lagos.

“Everyday, I receive reports from all the divisions in the state and there is nothing to indicate that we are having problem with the level of crime.

“So, that one, you can score us high. But we don’t want to rest on our oars; we believe that we can still work and do better because the good people of Lagos deserve better.

“And because of the special status of Lagos, we have to devise means and strategy to ensure that we curtail all acts of criminality.”

The commissioner said although the command was still having some pockets of challenges, “but I believe we are on course”.

The police boss added, “Since I came on board, we’ve arrested a lot of criminals, these are verifiable facts. The issue now is that you don’t commit crime in Lagos and get away with it.

“All the cases brought here since I came on board are cases that had happened 12 months ago and we have been able to burst them and arrest all those people that are involved”.