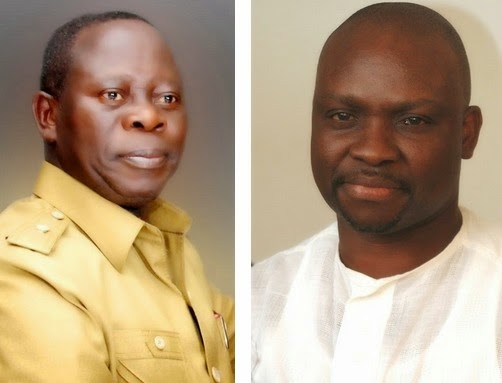 Governor Ayo Fayose of Ekiti State has cautioned his aides against launching verbal attacks on the person and government of Governor Adams Oshiomhole of Edo State over the crises in the Houses of Assembly of both states.

Fayose’s comment was in reaction to a rejoinder to the Edo governor by one of his aides, Lere Olayinka, in which he accused Mr. Oshiomhole of perpetrating illegalities in his own state and warned him to refrain from meddling in the affairs of Ekiti.

In a statement made available to newsmen in Ado Ekiti on Friday, Governor Fayose said that the media attack on his Edo State counterpart was the result of the zealousness of his (Fayose’s) aides and said he had asked them to stop forthwith.

The statement added that the governor had to “tender unreserved apology to the Governor of Edo State, Adams Oshiomole, for the actions of some of his aides who might have, out of zealousness, disrespected or dragged the person of the governor of Edo State in the issues of Ekiti House of Assembly matters that does not concern him in some of the national dailies”.

The statement noted that Fayose “has great respect for Governor Oshiomhole” adding that “any attempt by any of my aides to insult or disrespect any personality like Governor Oshiomole would attract severe disciplinary action”.

“We may today have party differences but our goal must be targeted at service to humanity”.