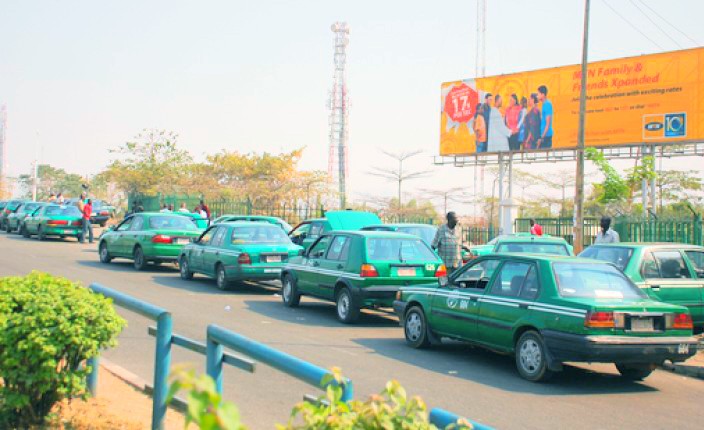 Following the expiration of Oct. 1 deadline for the registration of unpainted commercial vehicles also known as “kabu kabu”, the FCT Transport Secretariat has begun the arrest of defaulters.

“There are so many traffic offences that go on daily; one of them is the use of illegal, unlicensed, unpainted, unauthorised and unidentified vehicles as taxi cabs and buses in FCT.

He said that the FCT administration had told the estate mangers to allow only painted taxis to operate in their environs.

According to him, the secretariat had created five transit zones for effective enforcement and that it will monitor movement of vehicles in all the housing estates.

“We had meetings with the estate managers; we told them that they were mandated to allow only painted taxis that belong to licensed operators.

“They are supposed to allow only drivers that belong to these organisations to drive into their estates because we have their biometric information.

“We have already informed them that come Oct. 1, we will commence strict implementation”, he said.

He said the administration has enough commercial vehicles to service the commuters in the FCT and so urged drivers to register with licensed operators.

He added that it was the duty of the government to protect the residents and to ensure that incidents of “one chance”, robbery and abuse of passengers were prevented.

According to him, the FCT administration commenced a programme called replacement of rickety taxis in 2011 in order to phase out such taxi cabs.

“There is a programme we stated in 2011 that we called replacement of rickety taxis; we want to replace all the rickety taxi cabs in the FCT with brand new ones.

“The minister has purchased 340 and we have distributed all of them to drivers belonging to these licensed operators and that is how it is going to continue”, he said. (NAN)