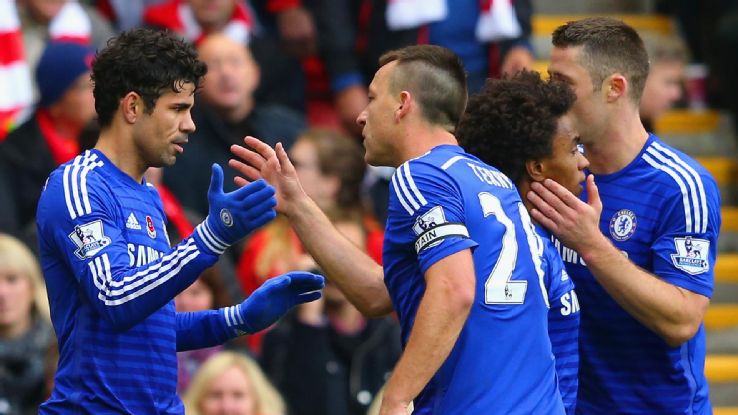 Jose Mourinho had the last laugh in a pulsating affair at Anfield. Femi takes us through the talking points from the match.

Chelsea are in pole position for the title– The Blues are certainly giving the other title rivals a run for their money. Jose Mourinho’s men sit top of the league with 29 points and still yet to lose a game this season. Not surprisingly, other competitors misdemeanor could see Chelsea secure the League title very early next year.

Balotelli still struggling– The Italian is on a goal scoring drought in the League and doesn’t seem to be ending that horrendous feat any time soon. His performance was below par and a rock solid Chelsea defense was too difficult to cope with. Questions may soon be raised on his future at the club.

Philippe Coutinho needs more game time– His performance was simply outstanding. Take the 22-year old out of the context and Liverpool are a man short of incredible creativity. Brendan Rodgers must now integrate the Brazilian into the starting lineup and in his preferred role to bring the best out of him.

Chelsea can go unbeaten– Though Jose Mourinho is in his typical mind games antics on the Blues’s quest for immortality this season, however, tactically, Mourinho has built his players so difficult to beat Defensively as aforementioned, they have been rock solid. The pairing of Matic and Fabregas at the Midfield base has also given them a strong balance.

Liverpool may drop out of top four– Unfortunately, Brendan Rodgers needs a miracle to replicate last season’s title challenge. Infact, they need a savior in the guise of Luis Suarez to secure champions league spot come May 24th. Chelsea’s triumph at Anfield exposed a lot about the team. Defensively they are susceptible to pressure and in the final third, they lack a genuine goal scorer