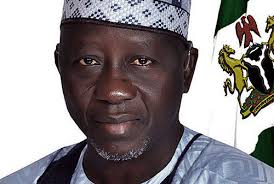 The Senator representing Nasarawa South Senatorial District in the National Assembly, Suleiman Adokwe, on Friday backed calls for the immediate imposition of a state of emergency in Nasarawa State over the renewed inter-ethnic clashes there.

Adokwe, in an interview with journalists in Abuja, said he aligned with the position of the state chapter of the Peoples Democratic Party that emergency rule would be in order, to address the lingering violence between the Eggon and Fulani/Alago ethnic communities.

He argued that the crisis can only be resolved if Governor Tanko Almakura has the political will to address the situation.

He said, “My take on this is that, this is a local crisis with vested political interests. If the state government develops the political will to maintain peace and security, it can get on top of the situation.

“But if the state government does not, it can fester and become a major activity that requires state of emergency as it happened in the North eastern part of the country.

“I am a party loyalist and I stand by the position of my party. The situation we have in Nasarawa state is quite sad, but with commitment from all stakeholders, we can surmount it”.

The senator pointed out that the animosity among the warring parties was not deeply rooted but rather, political in nature.

According to him, “if we, the stakeholders, come together, leave out our political interest and pursue a genuine course for peace in the interest of the people, the problem would fizzle out naturally”.