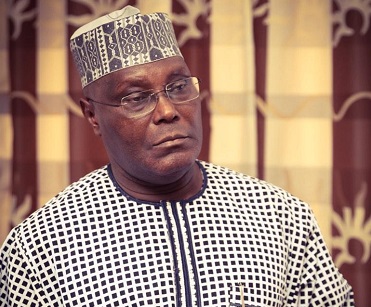 Former Vice President and All Progressives Congress (APC) presidential aspirant, Alhaji Atiku Abubakar, has reportedly donated the sum of $100,000 towards the treatment of a Nigerian woman suffering from blood cancer.

This was disclosed by Director of the Atiku Media Organisation, Malam Garba Shehu, during a media chat at the Nigeria Union of Journalists (NUJ) Secretariat in Abuja.

Shehu said the woman, whose condition was found out on Facebook, got the aid and was operated upon in an Egyptian hospital.

The gesture, according to the media aide, was only a bit of philanthropic gestures of the former vice president.

He stated that the presidential aspirant did not utilise the opportunities as campaign strategy, but rather kept the activities away from the public.

“Atiku supported a Nigerian girl suffering from cancer of the blood in Egyptian hospital with $100,000 out of the $180,000 needed for the operation. He did not know the person. He just sighted her on the social media, Facebook, and they made the balance of $80, 000.

On consensus, Shehu said the APC was different from the ruling Peoples Democratic Party in terms of promoting internal democracy.

He, however, added that Atiku would be willing to support anyone who eventually emerges as the presidential candidate of the APC.

“In APC, they want to do something different from the PDP. There is a process for the emergence of candidate through consensus and Atiku is in support of this. So, this country has been headed by people who have no focus, but we want to do things differently”, he stated.